Monday, Dec. 3 — Crypto markets have today again taken a major downturn, with all of the major coins by market cap seeing significant losses of within a 4 and 10 percent range, as data from Coin360 shows.

Having lost its midweek gains, Bitcoin is breaking more or less even on its 7-day chart, up by just a fraction of a percent; monthly losses are at a stark 39.6 percent, according to Cointelegraph’s Bitcoin Price Index. 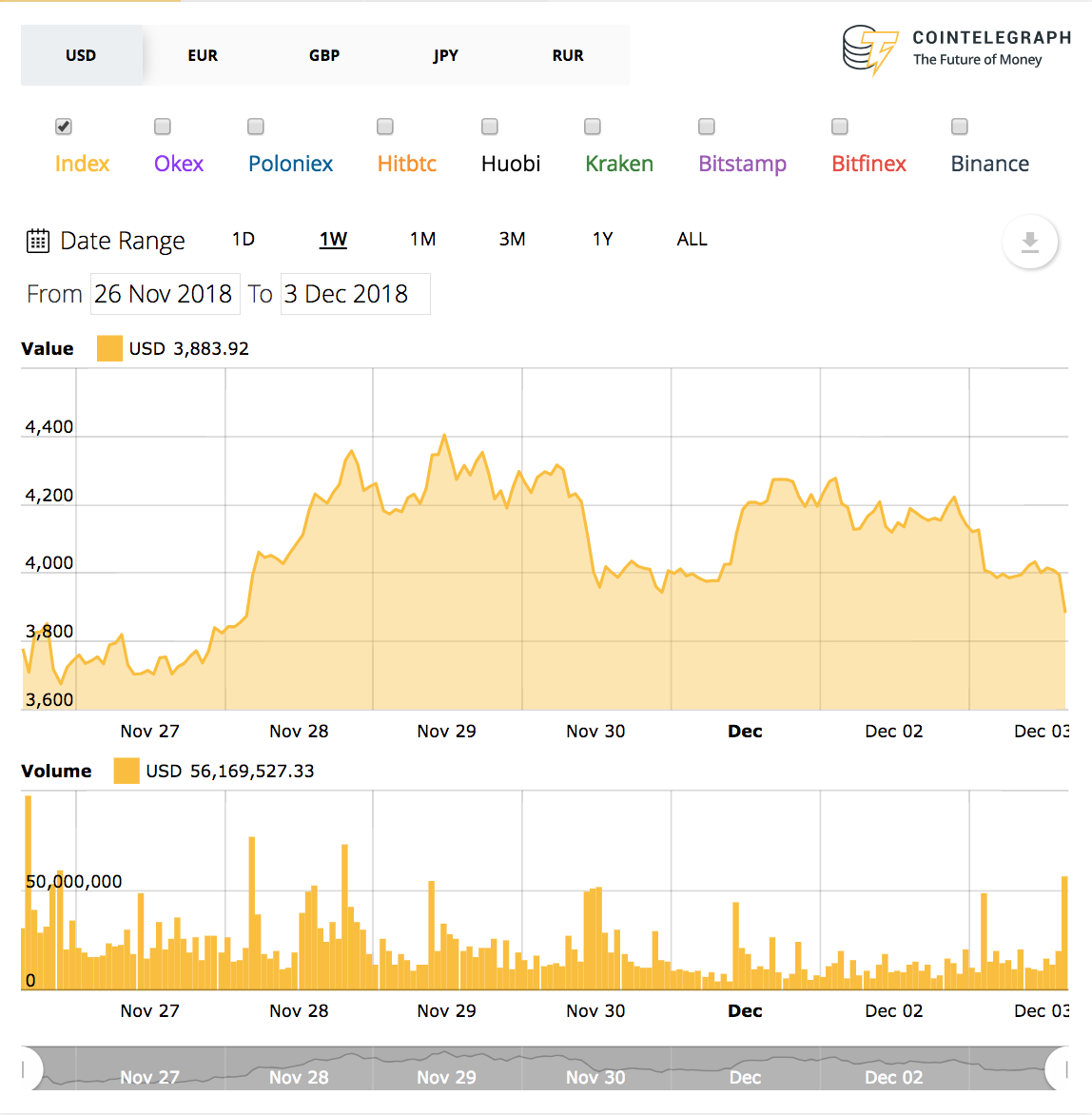 Second-largest crypto by market cap Ripple (XRP) is down by around 5 percent on the day, trading at $0.34 as of press time, according to Cointelegraph’s Ripple Price Index. Ripple’s weekly and monthly charts are also in the red, with losses of 7.6 and 23.7 percent respectively.

Ripple is down around 5.6 percent on the XRP/USD 24-hour chart, as CoinMarketCap data shows. 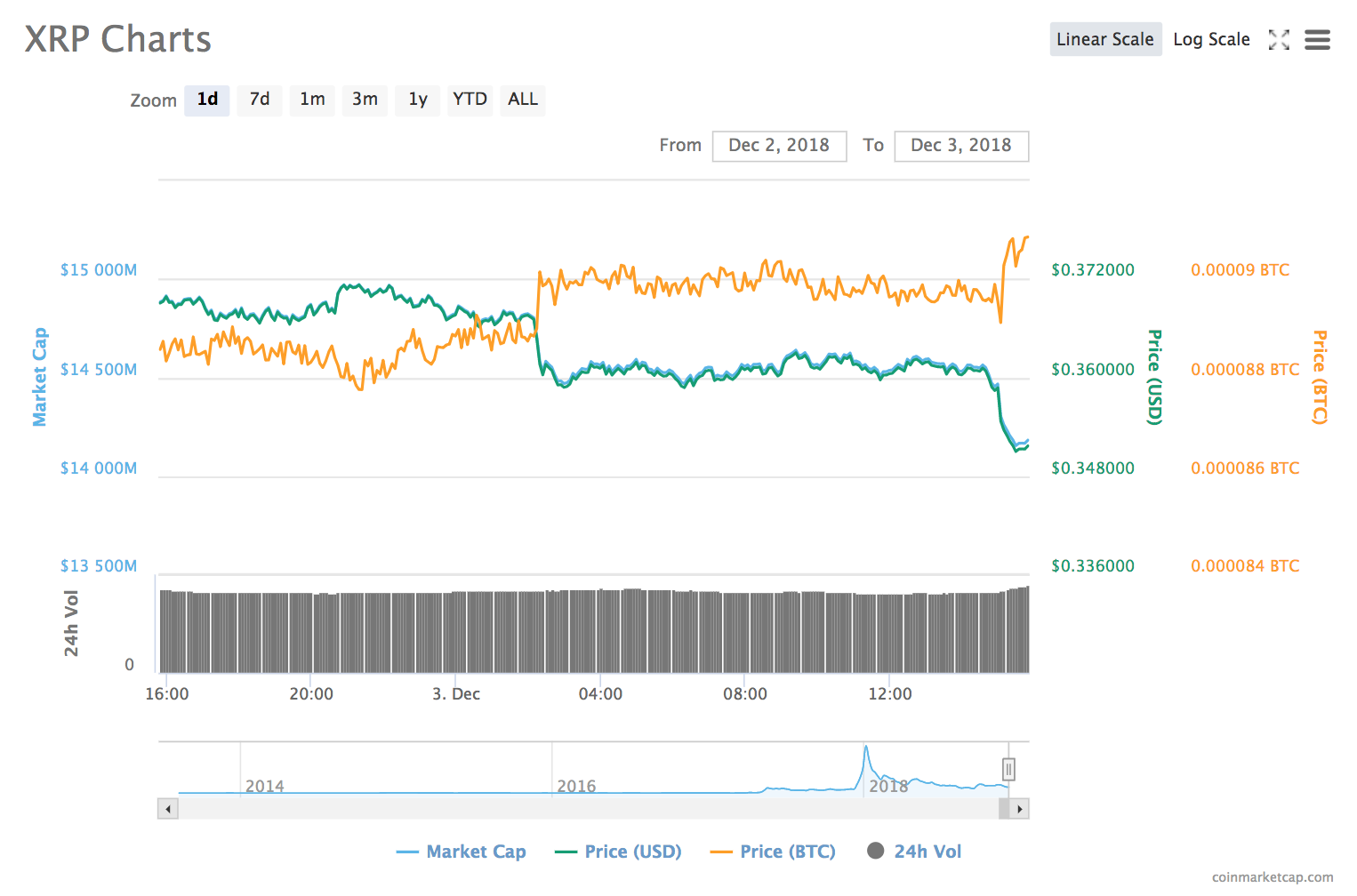 Third-ranked crypto by market cap Ethereum (ETH) has tumbled in recent trading hours, down almost 8 percent to trade at $107 at press time. Having trading as high as almost $119 toward the end of yesterday, the alt took a mild price hit early this morning to trade around $115, before seeing a sharp plummet in the past couple of hours down to current levels.

On the week, Ethereum is 4.6 percent in the red, with monthly losses pushing 46 percent. 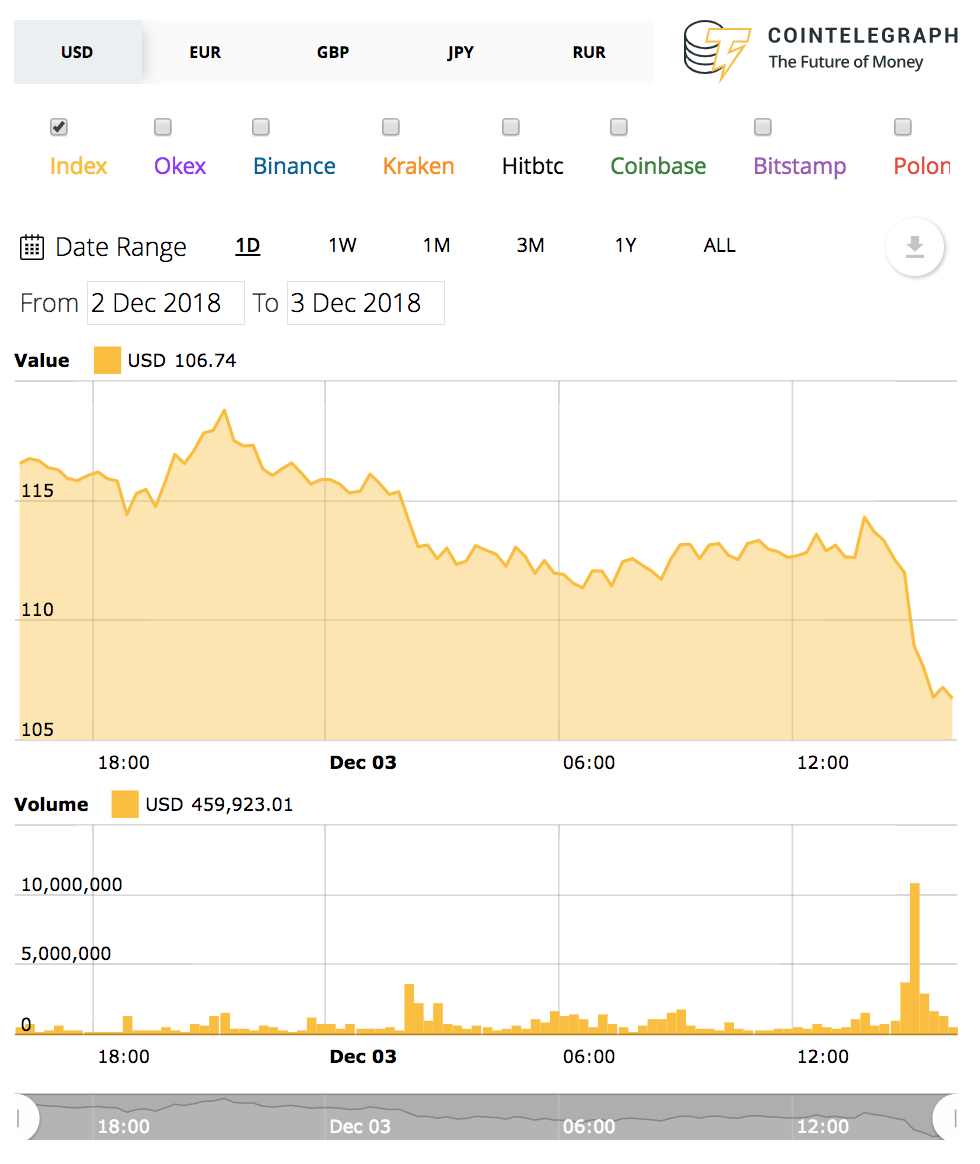 All of the remaining top ten coins on CoinMarketCap are seeing red, with EOS (EOS) the hardest hit, shedding 10.3 percent on the day at $2.64. EOS has this week become mired in renewed controversy over a move from one of the ecosystem’s so-called “block producers”: the furore comes shortly after news that Block.One CTO Daniel Larimer appears to be harboring plans for a separate cryptocurrency project.

Total market capitalization of all cryptocurrencies is down to around $125.7 billion as of press time, down a steep $10 billion from its 24-hour high at $135.7 billion. 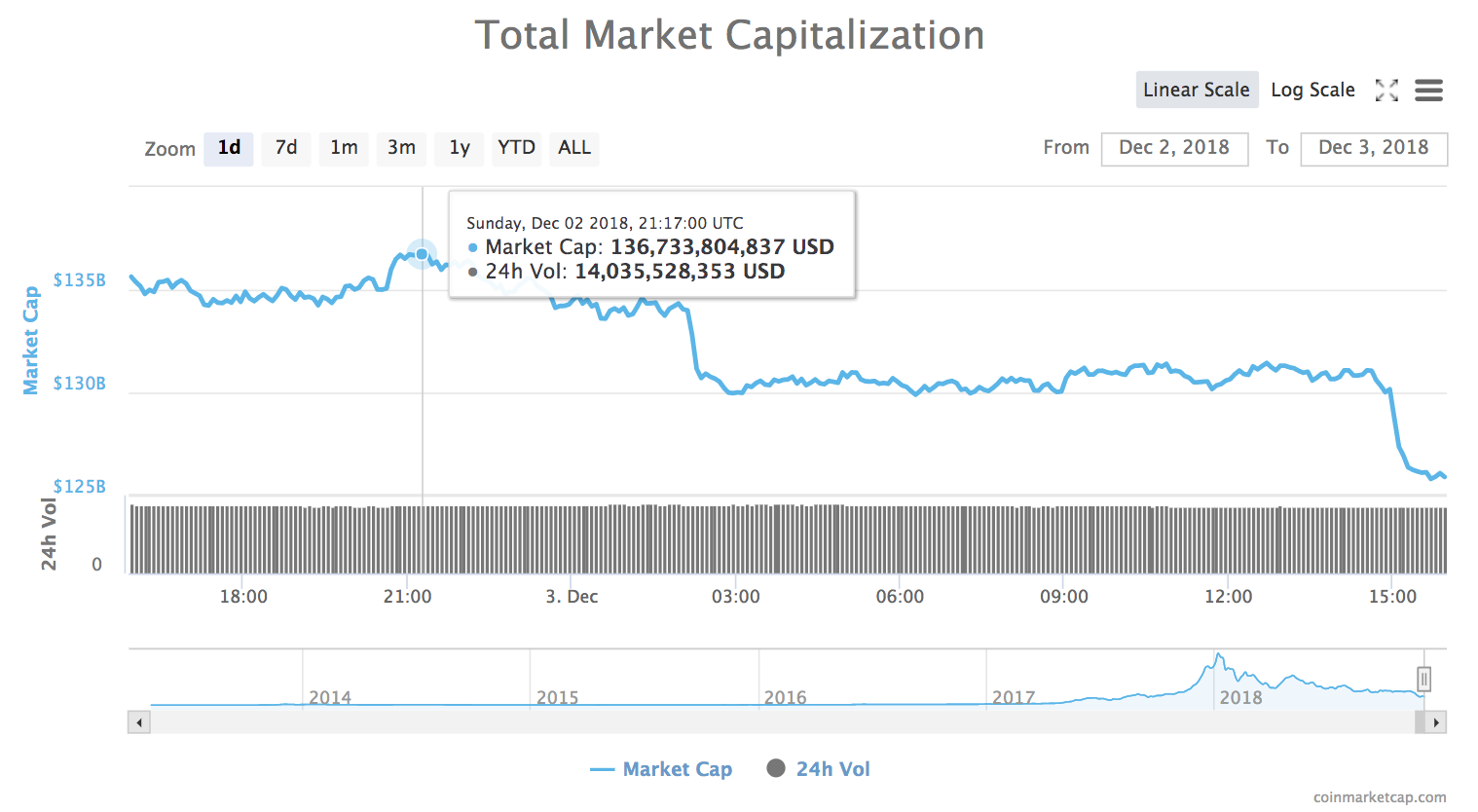 China has yet again sent out renewed anti-crypto signals this week, with the director general of the Beijing Municipal Bureau of Financial Work yesterday warning that Security Token Offering (STOs) fundraising is an “illegal” activity in the country (as are Initial Coin Offerings (ICO), as of September 2017).

Great video about spending bitcoin around town. We should all do this : Bitcoin